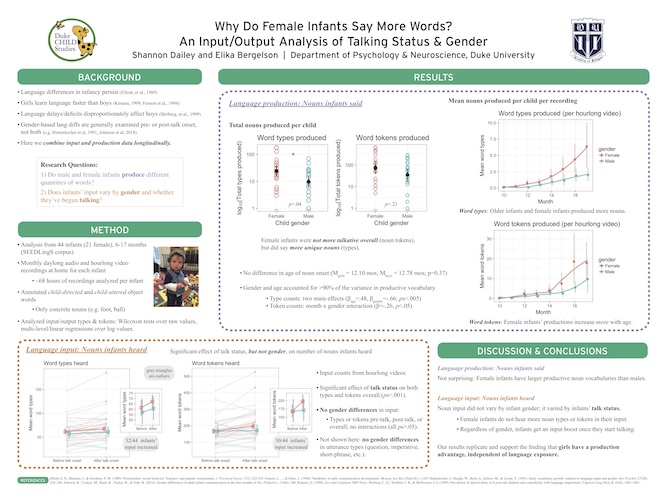 Gender differences in language abilities start in infancy and persist over time, yet the development of these differences, and the factors that underlie them, are poorly understood. The present study investigated whether male and female infants hear different input, as a function of their own word production and age. We combined both input and production data within a single set of infants longitudinally, spanning the typical onset of word production. 44 infants were recorded at home from 6-17 months, and child-directed and child-produced object words were analyzed. Overall, girls talked more and exhibited larger lexical diversity. However, we found no gender differences in input (types or tokens) before or after word production began, or overall. We explore the implications of our results, which suggest an underappreciated biological component (surely paired with environmental influences) in this early gender difference in lexical development.