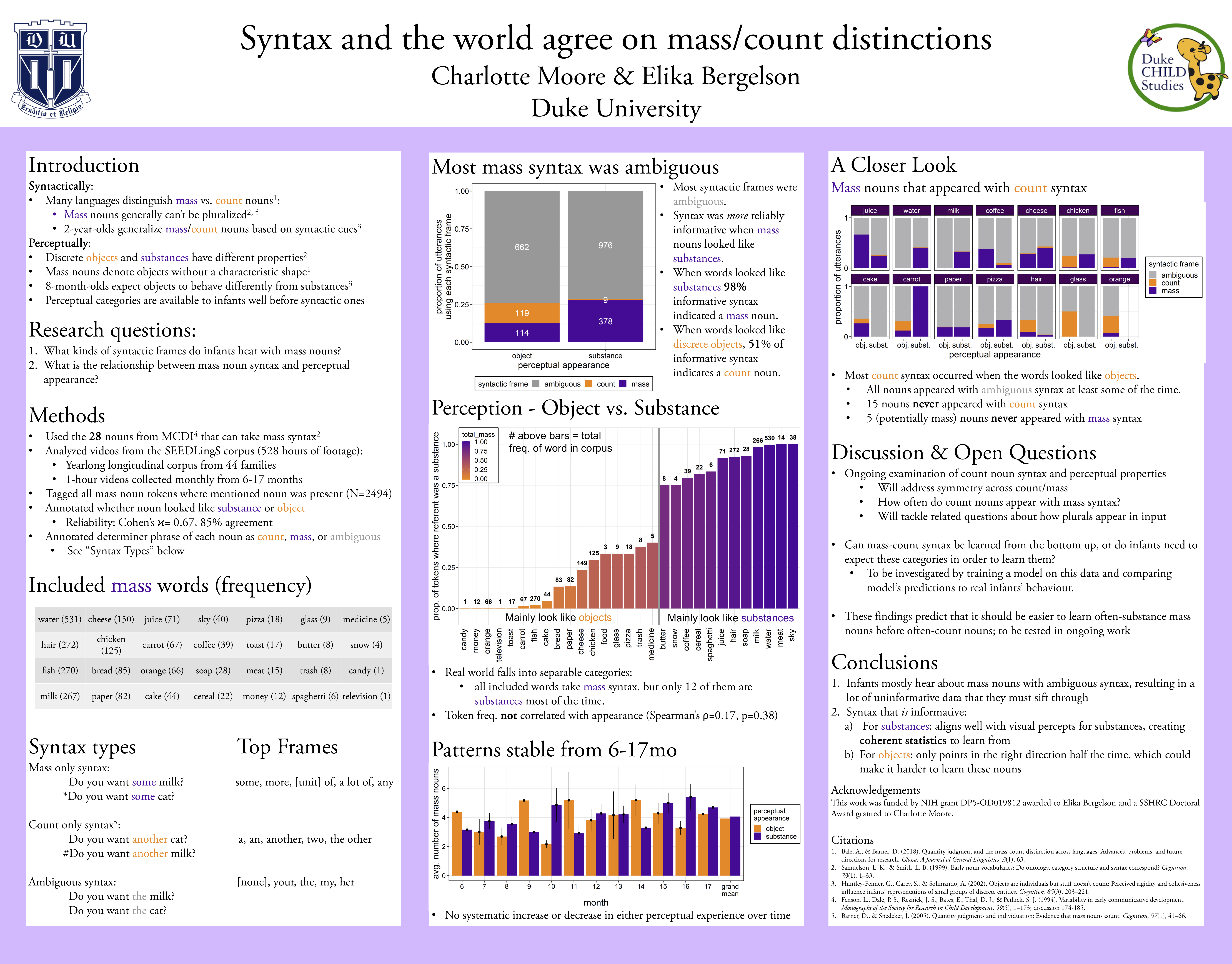 Infants can, in principle, use both syntactic information and their perceptual experiences with substances and objects to learn how mass vs. count distinctions are encoded in their language. We used the SEEDLingS corpus to determine how often syntactic and perceptual information aligned in infants’ environments, focusing on 30 mass nouns from the MCDI. We annotated all instances where these words were said while the object was visually available to the infant in ~350 hours of home video with 6-17-month-old English-learning infants. In each case, we determined both the syntactic frame (mass syntax, count, or ambiguous) and the perceptual appearance (object or substance) of each noun. We found that syntax and perceptual appearance align significantly, but that the majority of the syntactic information infants receive about mass nouns is ambiguous. We discuss implications concerning the integration of syntactic and perceptual information during mass/count learning.