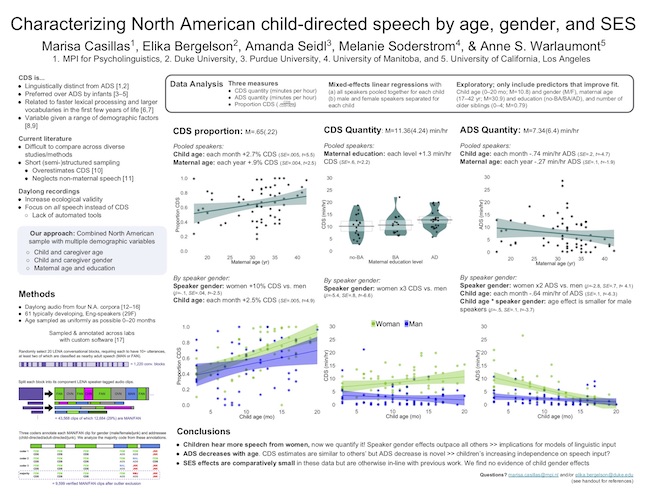 While previous research has demonstrated the variability in CDS cross-culturally, and within and across SES groups, broader characterizations of CDS across age and demographic variables are lacking. Here we characterize CDS using naturalistic daylong recordings from 61 families in North America across a broad age-range, child/caregiver gender, and SES.

We find that North American infants hear roughly 60% of their input in a register that is hand-tailored to them over their first two years, with ~75% of this input coming from female adults. The proportion of CDS infants hear increases with age, but more so for female talkers than male talkers. SES further modulates the quantities of overall speech and CDS, while child gender plays little role in our findings. Our results provide evidence for which demographic variables predict CDS; this in turn allows mechanistic proposals of how input influences language abilities, over time.